‘You can abuse me after!’ – Solskjaer responds to fan taunts following Man Utd’s 3-0 victory at Spurs

‘You can abuse me after!’ – Solskjaer responds to fan taunts following Man Utd’s 3-0 victory at Spurs

‘You can abuse me after!’ – Solskjaer responds to fan taunts following Man Utd’s 3-0 victory at Spurs | Goal.com 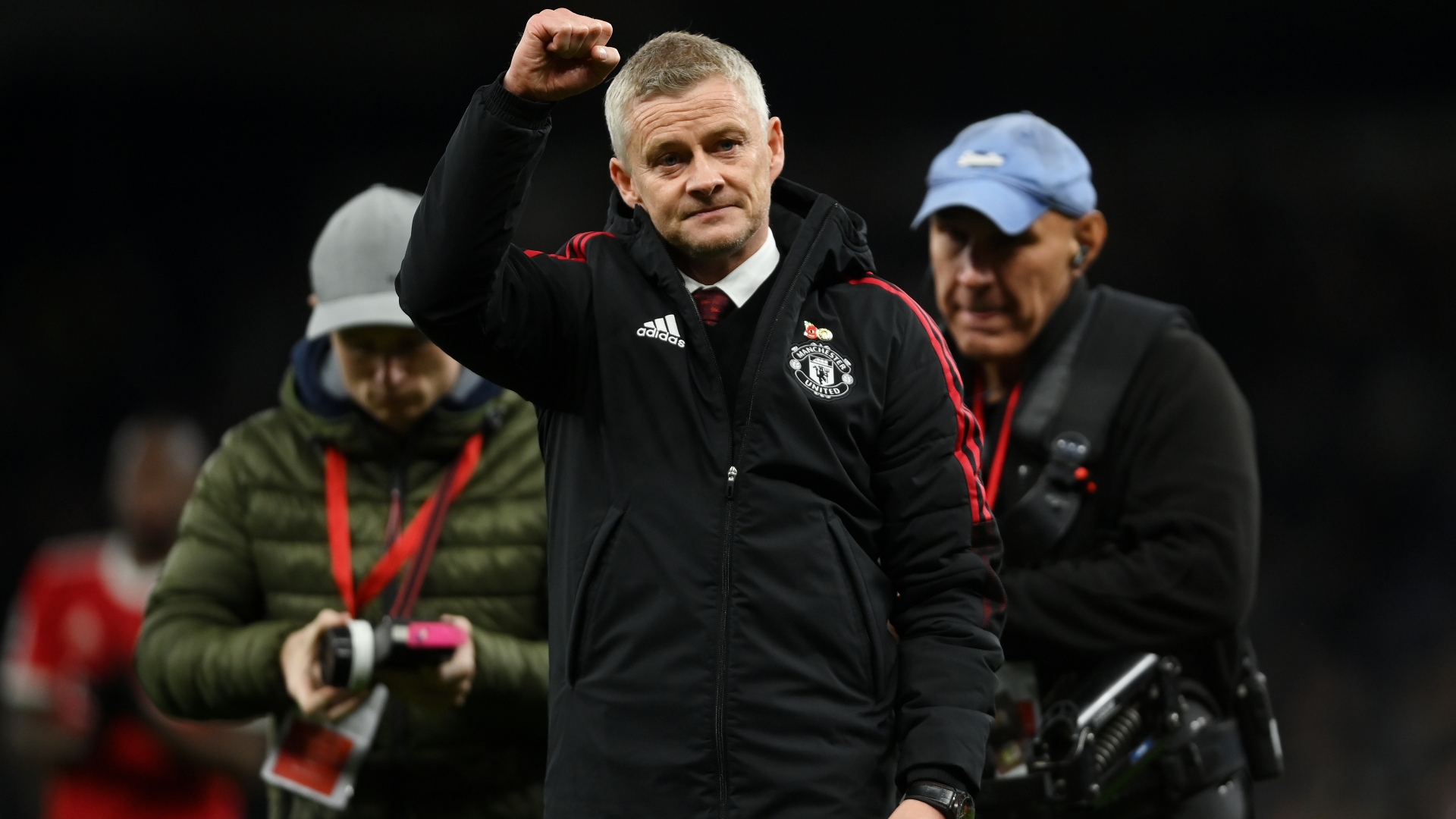 Ole Gunnar Solskjaer responded to fan taunts following Manchester United’s 3-0 victory at Tottenham, jokingly insisting during a post-match interview: “You can abuse me after”.

Solskjaer found himself under huge pressure before United’s latest Premier League clash in north London, with last weekend’s humiliating 5-0 drubbing at the hands of Liverpool raising fresh doubts over his ability to take the team forward.

The Red Devils managed to raise their game to give the manager a welcome reprieve on Saturday as goals from Cristiano Ronaldo and Edinson Cavani helped earn them a comfortable win at the Tottenham Hotspur Stadium, but he was still targeted by a section of the home support.

Solskjaer returned to the pitchside to give an interview to MUTV long after the final whistle had blown, but there were still a few Spurs fans sitting in the stands giving him stick.

The Norwegian broke off from answering the reporter’s questions to address them as he shouted back in a jovial fashion: “Can I do this interview and then you can abuse me after, eh?!”

Who was Solskjaer’s pick for Man of the Match?

Ronaldo and Cavani stole the headlines as both strikers netted after being asked to lead the line in a new 3-5-2 set-up, while Raphael Varane shone on his return from injury as United managed to prevent Spurs from recording a shot on target.

However, Solskjaer picked out Scott McTominay as his team’s standout performer, telling a press conference: “Man of the match for me, by a mile.

“That’s the Scott we’ve seen a few times before. He’s had his injury, he’s had his operation this season, but today I thought he was absolutely brilliant.

The Red Devils will now start preparing for a Champions League group stage clash with Atalanta on Tuesday night, which they must win to stay on course for a place in the round of 16.

Solskjaer’s side are due to face Manchester City in the first derby of 2021-22 campaign four days later, with only three points currently separating the two sides in the league table.