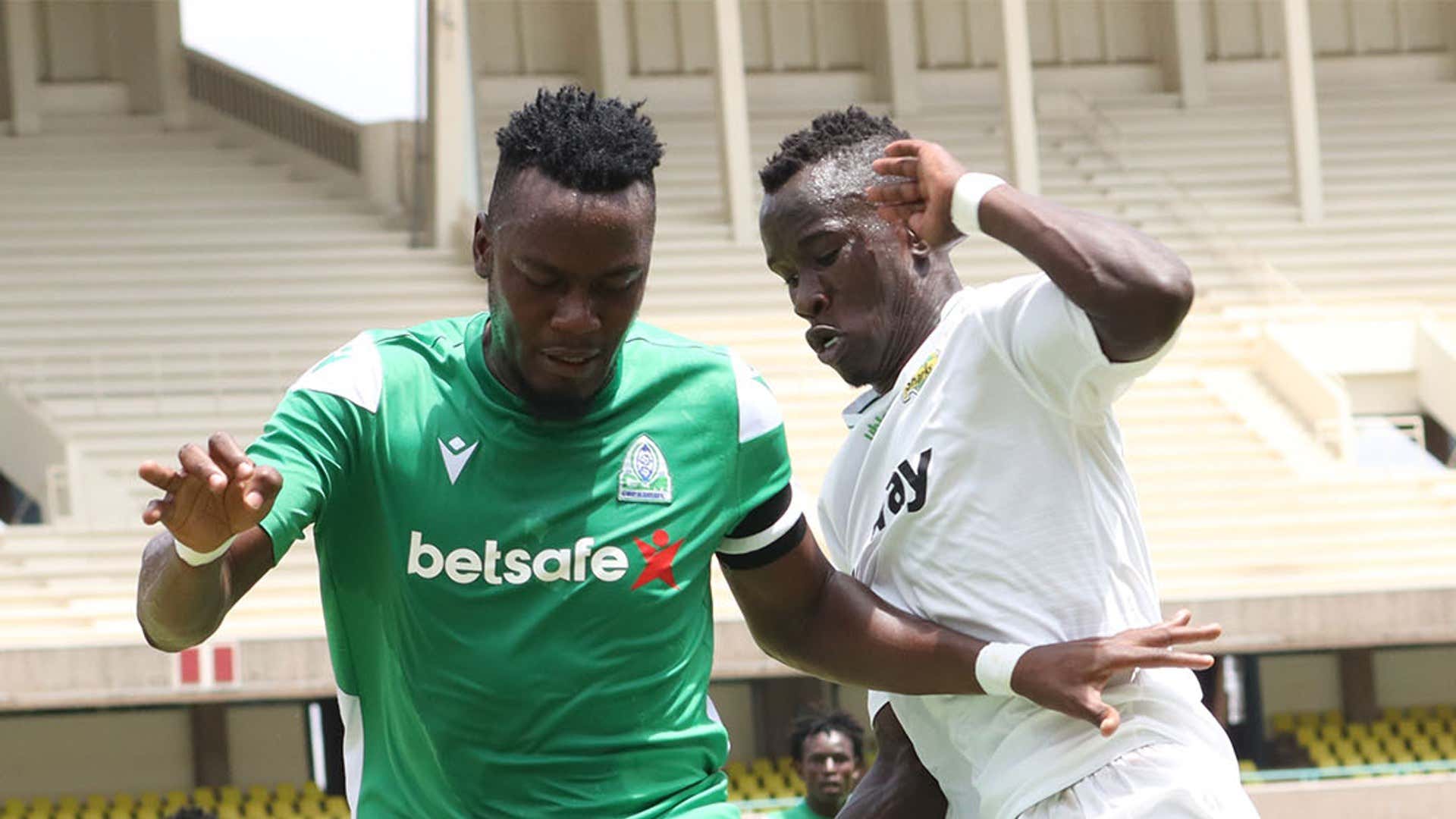 Gor Mahia have registered their third straight Football Kenya Federation Premier League win after a 2-0 victory against Kariobangi Sharks on Wednesday at Kasarani.

The positive midweek result – courtesy of goals from Peter Lwasa and Benson Omala – means K’Ogalo have not dropped a point in the Premier League after victories against KCB, AFC Leopards, and now Kariobangi Sharks.

Omala – who scored against KCB in a league duel and against Al-Ahly Merowe of Sudan in the Champions League – opened the score for Gor Mahia with a 12th-minute strike.

Harun Shakava and John Ochieng had to assemble fast in their penalty area and their combined efforts managed to stop Kariobangi Sharks’ Eric Mmata who had made his way into the danger zone at a terrific speed in the 21st minute.

K’Ogalo’s backline was almost caught off guard again in the 24th minute as Karioangi Sharks attacked and won a corner after a water break. However, the away side managed to clear the resultant corner after William Muluya’s side had decided to take a short one.

Samuel Onyango wasted a very open chance that would have doubled Gor Mahia’s lead in the 28th minute. Austin Odhiambo did well to beat a number of his markers and laid a cut-back pass for the former Ulinzi Stars forward, whose final shot hugely missed the target as the ball flew way above the crossbar.

Kariobangi Sharks’ goalkeeper Brandon Obiero had to make a quick retreat and tip Lwasa’s shot over the bar. Lwasa had spotted Obiero off his line and tried to volley the ball over him, but the custodian was quick to retreat and clear the danger in the 31st minute.

Omala would have registered a brace in the 49th minute had the referee not disallowed his goal for offside. The former Western Stima striker took a volley over Obiero, but his effort could not count as the referee overturned the goal as the second half picked up speed.

Gor Mahia’s Gad Mathews was called to action in the 54th minute when he stopped Mata – from close range – from restoring parity. A few seconds after stopping Mata’s effort, Mathews had to react quickly and deny Sydney Lokale from scoring from the rebound.

Lwasa, who was unlucky to get a goal on a number of previous occasions, found the back of the net in the 82nd minute. Obiero made a mistake as he tried to build from the back and gave the former Kariobangi Sharks star a perfect chance to double Gor Mahia’s lead.

The loss is Kariobangi Sharks’ first in the new campaign.