Arteta: Qualifying for Europe is a responsibility at Arsenal

Arteta: Qualifying for Europe is a responsibility at Arsenal 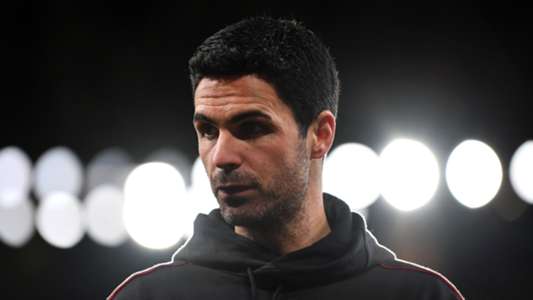 Mikel Arteta says that Arsenal aren’t under any pressure to qualify for Europe as playing in the Champions League or Europa League are always a “responsibility” for the club.

The Gunners remain in the Europa League, which seems to be their best chance at qualifying for the Champions League next season.

Arsenal currently sit 10th in the league with only eight games remaining in the Premier League season.

“It is not pressure – it is our responsibility,” he said.“The club we represent has high demands and that is the minimum we can ask for and we have to, over time, work to deliver those goals because it is what we get asked for.”

He added: “We go back to what we used to say when those teams were in a position not to qualify for Europe, we are talking about similar things.

“It is true there are some really good examples of teams that were rebuilding their teams and it helped them in their project, but I would rather be in Europe.”

However, there is a very real possibility that the club does not qualify for Europe, as they sit seven points behind rivals Tottenham, who are currently in sixth.

They’re nine points behind fifth-place Chelsea and 10 points behind fourth-place West Ham and, asked where Arsenal would stand if the club misses out on European football,  Arteta said: “That’s too many ifs. What if we qualify for Europe and win the Europa League? I prefer to think like that.”

The rest of the way

Arsenal were moments away from sealing a big advantage in their Europa League clash with Slavia Prague, who knocked off rivals Spurs in the round of 16.

Nicholas Pepe scored in the 86th minute to give the Gunners a 1-0 lead, but Artetaa’s side conceded an away goal moments later to make it 1-1 heading into the second leg.

Next up for Arsenal is a visit to Sheffield United this weekend before the return leg against Slavia Prague on Thursday.