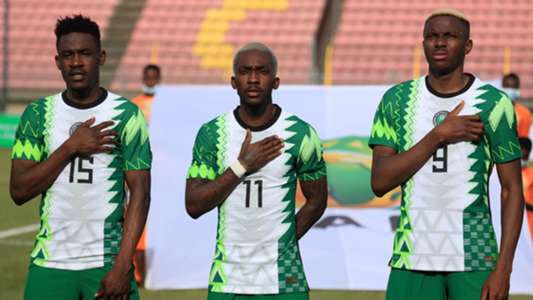 Nigeria national team Gernot Rohr has taken time to give an appraisal of his side in the 2022 Africa Cup of Nations qualifiers and thanked fans for their support.

They also qualified for the biennial tournament with two games to spare after Lesotho and Sierra Leone played out a draw on matchday five before the three-time African champions faced the Republic of Benin and also had a dead-rubber outing against Lesotho in their last qualifying game in Lagos.

Rohr has expressed his satisfaction with the displays from his side during the campaign and promised fans they will see the Super Eagles play more good football.

“It was a good result to win 3-0 against Lesotho. We did not concede a goal and we wanted to be more solid after our two games in November [against Sierra Leone],” Rohr told the media.

“We did two clean sheets it is good for the team’s stability. To also score four goals was also interesting. We recorded four wins and two draws, same as we did for the [2018] World Cup qualifiers.

“We thank Nigerians for the support, even after the two draws against Sierra Leone. The World Cup qualifiers will start soon, I think we will be able to do well.

“Nigerians should expect good football again and on a good pitch I hope. Lagos did very well but they still have to improve especially in the area of traffic.”

The 67-year-old has now revealed his satisfaction with the Nigeria Professional Football League stars.

“Iwuala is a good player, he played two games. In his first game, a lot of people were surprised by his performance. Noble and Adeleke also gave a good impression in training,” he continued.

Rohr also explained he enjoys a free hand in the selection of his team without interference from the president of Nigeria Football Federation Amaju Pinnick.

“I’m working with him now since five years, and there is confidence, trust, and also for me, it’s important that he lets me work in my independence. I can choose my players, I can do my list, and I also appreciate his loyalty,” he told Hip TV.

Nigeria have now qualified for two consecutive Africa Cup of Nations under the guidance of Rohr, finishing third at the last edition of the continental tournament in Egypt.