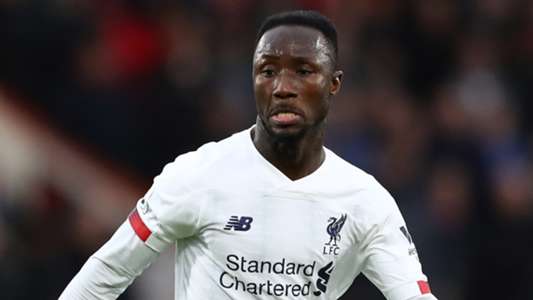 Guinea national team coach Didier Six has lifted the lid on what makes Naby Keita so special despite his fringe role in Liverpool squad this season.

In the 2020-21 campaign, the 26-year-old midfielder has featured in just 10 league games for Jurgen Klopp’s team owing to injury worries, however, he remains a key figure in the National Elephants’ team.

When asked if he has built the Guinean team around him despite his inconsistency at Anfield, the Frenchman emphasised how important he has been to the squad hoping to qualify for the 2022 Fifa World Cup Qatar.

“It’s not about building the team around a specific player. In my opinion, Keita has magical feet, and I decided to give him the captaincy because he’s a true leader,” Six told Fifa website.

“He’s never abrasive with his team-mates. The way he talks to them is very similar to the way Zidane deals with his players, and he communicates the message in a wonderful way.

“When he came back from injury, I gave him two full games in four days and he helped us a lot, like scoring against a strong Mali team in Mali.

“He puts himself at the disposal of the team and his team-mates do all they can to assist him. We always need his magic and battling spirit on the pitch.”

To reach the 2022 World Cup in Qatar, Guinea first must negotiate their way past Morocco, Sudan and Guinea Bissau in Group I.

Despite tagging his team as the ‘second favourites’ in that zone, the former Togo and Mauritius handler stated that there are no small teams in Africa, while envisioning the derby games versus Guinea Bissau.

“On paper, we’re second favourites after Morocco but, as I just said, teams like Sudan and Guinea-Bissau have had some good results,” he continued.

“This came as no surprise to be me because Africa’s smaller teams have come a long way and now make things quite difficult for opponents.

“We’ll play them [Guinea Bissau] the same as we do the other teams but with even greater focus.

“Players seeking to represent their national team must have fighting spirit, as that is one of main reasons sides get good results. As coaches, we’re obliged to pick players who possess this mentality.”