‘They think I was crazy!’ – Mourinho ‘happy’ to concede goal as Tottenham resurgence continues

‘They think I was crazy!’ – Mourinho ‘happy’ to concede goal as Tottenham resurgence continues 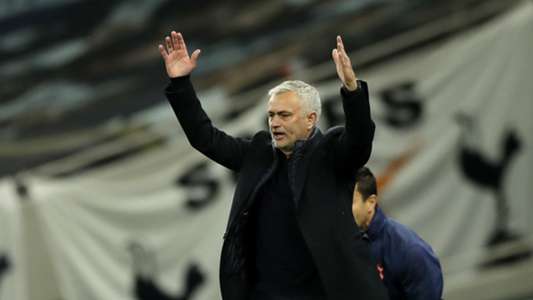 Braces for Gareth Bale and Harry Kane ensured Christian Benteke’s equaliser just before the break was for nothing, but the Portuguese was glad for it

Jose Mourinho has claimed that he was delighted to see Tottenham concede against Crystal Palace on the stroke of half-time as it gave them the impetus to deliver a subsequently resounding victory in the Premier League.

Braces for Gareth Bale and Harry Kane ensured that Christian Benteke’s equaliser in injury-time just before the break was for nought as Spurs delivered another resounding riposte amid their return to form.

With a crucial two-legged Europa League last-16 tie looming, such an emphatic peformance only pleased their manager, who admitted that he was pleased to let a goal in as it gave his side the urge to reclaim momentum.

What has Mourinho said?

“When you concede in the last minute of the first half, the tendency is to go into the dressing room with bad feelings and start the second half moaning about the goal,” the Portuguese told Sky Sports .

“I told them at half-time I was very happy with the goal we conceded. They think I was crazy! It was proof to the players if you lose control and start dropping, it’s difficult to keep a clean sheet.

“That 1-1 put us in a position where we had to go forward. I think I passed the feeling to the players. They were relaxed and optimistic.”

The former Chelsea and Manchester United boss also had positive words to say about his oft-maligned loanee striker, stating that the pair are working closely to ensure his availability while adding that he remains crucial for Spurs’ plans.

“Gareth and Harry scored some incredible goals,” he noted. “Son [Heung-min] works so hard for the team. Even the guys coming from the bench – I love when a player comes off bench and improves the team.

“All [the] credit is for Gareth Bale. I trust him and his judgement in his body and feelings. We never want him to go into high levels of fatigue. Even after 55 and 60 minutes we’re in contact.

“The plan is to take him off when the first feelings of fatigue arrive. Players can normally cope with it and can finish a match exhausted. In his case we need to take care because we need him. In this moment he’s giving so much for the team.”

Having led the Premier League at the start of the 2020-21 campaign, Tottenham’s serious slip in form across the early part of the year looked to have dashed their top four hopes.

Now however, they sit only two points behind fourth-place Chelsea, though they remain in a tough battle with both Thomas Tuchel’s side and Everton and West Ham, both of whom have games in hand.

The resurgence of Bale – who has netted six goals in his last games – has proven a major boon for Mourinho, helping to silence doubters about his return to the club where he made his name.

The Lilywhites will train their attention now on their Europa League commitments, with Slavia Prague set to visit on Thursday before a return visit to Croatia a week later.