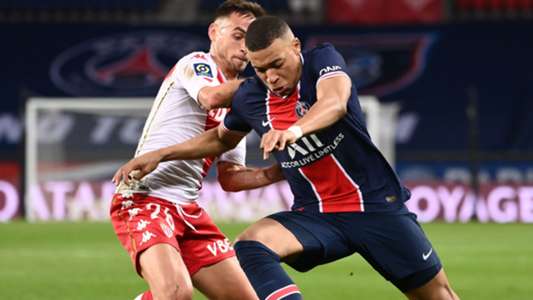 Monaco shocked Paris Saint-Germain 2-0 away from home on Sunday to throw open the Ligue 1 title race, with head coach Niko Kovac explaining that his side’s objective was to nullify Kylian Mbappe.

The attacker had scored a hat-trick in PSG’s 4-1 win over Barcelona in midweek and came into the match against his former club with all defensive focus upon him due to injuries to Neymar and Angel Di Maria.

Mbappe was almost completely neutralized, barely allowed a straightforward touch while goals at the opposite end from Sofiane Diop and Guillermo Maripan gave Monaco victory.

How did Monaco beat PSG?

“I am very happy with the performance of my team. PSG are a great team. We played very hard for 90 minutes and we deserved the victory,” he said.

“They didn’t have a lot of opportunities. I have to congratulate my players.

“Our plan? We had to erase Kylian Mbappe because he’s a great striker. We had to deprive him of the ball by putting three or four players on him.

“In defence, we showed another face of Monaco because we didn’t concede many chances.

“Tonight was wonderful. This is what we needed.

“We managed to beat PSG for the second time, now we are going home and going to rest.

“Can we finish in the top three? As I said before, we mainly have to increase the gap with the teams fifth and six. There are still a few games left, if we have the chance to close the gap then we will do it. But we are not yet at the level of the first three.”

Monaco striker Wissam Ben Yedder said he felt that PSG’s victory over Barcelona in midweek represented an opportunity for his team rather than a problem.

“We were physically strong. We knew athletically they were going to have a physical problem after playing a great game against Barcelona. We tried to play the game thoroughly,” he said.

PSG’s defence of the Ligue 1 title appears to be in jeopardy as they have lost a sixth league match for the first time since 2010-11. Additionally, Monaco became the first team to do the double over them since Nancy in 2011-12.

Mauricio Pochettino’s side are four points behind first-placed Lille and one back of Lyon. Meanwhile, Monaco, who remain fourth, are within two points of them.