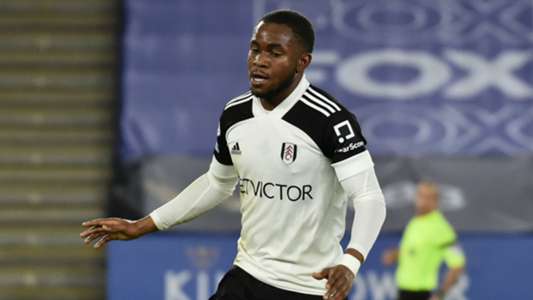 Ademola Lookman has now had a hand in seven goals for Fulham in the 2020-21 Premier League campaign having found the net in the Cottagers 1-0 defeat of Sheffield United on Saturday night.

7 – Ademola Lookman has been directly involved in more Premier League goals than any other Fulham player this season (4 goals, 3 assists). Inspired. pic.twitter.com/sznKvrU5Z7

With scores still 0-0 at Craven Cottage, the former English youth international handed Scott Parker’s men all points at stake thanks to his 61st minute effort.

Profiting from a long ball for Joachim Andersen, the former Everton man controlled the ball with his chest, turned Ethan Ampadu around before unleashing a shot past goalkeeper Aaron Ramsdale.

As a result of that, the Super Eagles prospect has now contributed four goals and three assists in the EPL for Fulham so far this term – the most of any Cottager.

Also, the 23-year-old’s four goals in 22 English elite division games bring him one goal short of his best tally of netting in a topflight campaign. While at German elite division side RB Leipzig in 2017-18, he scored five goals in 11 Bundesliga appearances.

Despite an improved effort after the conceding first, Chris Wilder’s Blades tried in vain towards getting an equaliser as they now account for 20 defeats out of 20 outings, which sees them remain at the base of the log having garnered just 11 points.

After a notable shift, Lookman was replaced in the 90th minute by Bobby Reid. Bordeaux loanee Josh Maja was handed his third start but came off for Gabonese midfielder Mario Lemina with four minutes left to play, while the trio of Ola Aina, Tosin Adarabioyo and Cameroonian star Andre-Frank Anguissa saw action from start to finish.

“I’m very proud of the team,” Parker told club website after the game.

“I think we all understood tonight what this game was about.

“The message to the team before the game was to focus on us, let’s not listen to the noise that’s been created around this game.

“Throughout this year there’s been one soul focus and that is us, that’s been my constant message.

“I know with that, us showing our quality and playing with a freedom we’ll get results, and I think that was proven tonight.”

Even with this triumph, Fulham remain in the relegation waters with 22 points from 25 fixtures to occupy the 18th spot. Unbeaten in their last four games, they are guests of Crystal Palace on February 28.