‘People expected us to slip again but we didn’t!’ – Klopp thrilled with Liverpool triumph over ‘monster’ Leipzig

‘People expected us to slip again but we didn’t!’ – Klopp thrilled with Liverpool triumph over ‘monster’ Leipzig 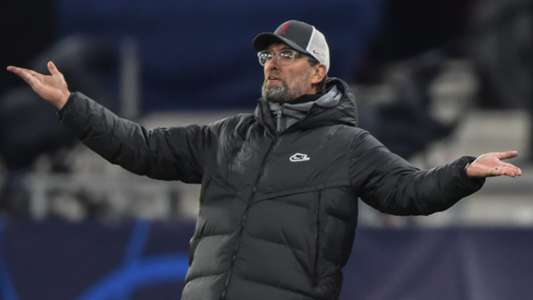 Jurgen Klopp hit back at those who thought Liverpool would “slip again” against RB Leipzig, as the reigning Premier League champions came out firing to pick up a vital Champions League win.

Klopp’s Liverpool put together a 2-0 victory over RB Leipzig in Budapest behind a pair of key away goals from Mohamed Salah and Sadio Mane.

The win came on the heels of some difficult results for Liverpool, who entered Tuesday’s last-16 first leg on the heels of consecutive Premier League losses to Brighton, Manchester City and Leicester.

What did Klopp have to say?

“It was the game we wanted, the game we needed,” he told BT Sport. “Leipzig can be a real monster, they overrun teams, they are really physical and tonight we controlled them in an exceptional way. We played a really good game and we got the result we deserved.

“We defended really well and had good recovery. It was a tough game with only two days since the last one. It’s only the first leg, we know that but a lot of people were waiting for us to slip again.

“For two years we were really good and this year we have problems, that’s fine. A lot of people expected us to slip again but the boys didn’t.”

Liverpool’s struggles come to an end?

Last season’s Premier League champions went into Tuesday’s match in poor form that has threatened to derail their push for a second straight title.

On the heels of three straight losses, Liverpool are currently outside of the top four in the Premier League, having won just two of their eight league matches in 2021.

None of that mattered against RB Leipzig, though, as the Reds looked close to their best against a team also known for their relentless pressing.

Liverpool took full advantage of RB Leipzig’s blunders, with Salah’s goal coming as the result of a poor Marcel Sabitzer back pass.

Mane, meanwhile, pounced after Nordi Mukiele missed a clearance, all but sealing the victory on the day for the Reds.

With a 2-0 lead, and two away goals in hand, the Reds will next face RB Leipzig at Anfield on March 10.

Before that, though, Klopp and Co. will next look ahead to a chance to reinvigorate their Premier League campaign with a Merseyside derby clash against rivals Everton.