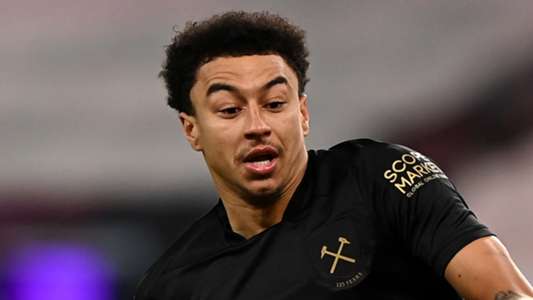 Jesse Lingard is pleased to have struck up an instant rapport with his new team-mates at West Ham as he marked his debut for the club with two goals to take down Aston Villa on Wednesday.

Lingard had endured a torrid start to the season with Manchester United, failing to make a single Premier League appearance under Ole Gunnar Solskjaer during the first half of 2020-21.

The 28-year-old was subsequently farmed out on loan to West Ham at the end of January in the hope of regaining first-team action.

If his debut is anything to go by, David Moyes may have pulled off a transfer masterstroke in bringing the winger to east London.

Lingard scored twice in the Hammers’ 3-1 triumph at Villa Park, with Tomas Soucek also finding the net for the visitors, and the winger revealed after the game that he already feels comfortable in Moyes’ starting XI.

“Three points is the most important thing, the team worked hard as a collective and we think about the next one against Fulham,” he told BT Sport after the game.

“The team have been great with me, I have settled in fairly quickly and some familiar faces help.

“In training we have that connection and built it up fairly quickly. On matchday it is fairly easy to play with Michail Antonio and Declan Rice.

“I started tonight, scored two goals and got three points. I was smiling before the game and during, I just enjoy playing football.”

“It has been a long time, I have come here to get game time and scored two goals but like I said, three points is the most important.”

Antonio was also delighted to see his colleague hit the ground running and praised Lingard’s talent and attitude while highlighting the importance of West Ham’s collective strength.

“It was unbelievable. It is a quality team, Villa. Great attacking threats and solid,” the striker explained to BT Sport.

“We knew it would be difficult but we played well and pressed them. Jesse (Lingard) is the new boy and will get the limelight but it is a team performance. Jesse is an unbelievable player. He plays nice one two touches with me and Benrahma. He always wants the ball and shows.

“Today was a difficult game. All we can do is play well every time we step out on the field.”