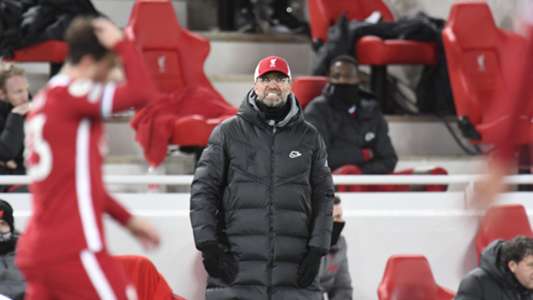 Liverpool’s 68-game, almost four-year unbeaten league run at Anfield was shattered on Thursday as the Reds were shocked 1-0 at home by Burnley.

Jurgen Klopp’s side took a step backwards in the title race as, 24 hours after Manchester City and Manchester United had taken turns winning to top the Premier League, they were beaten at home by Sean Dyche’s side.

Ashley Barnes scored the only goal of the game with seven minutes to play, converting a penalty he won himself after colliding with goalkeeper Alisson.

It was Liverpool’s first home Premier League defeat since April 23, 2017, when their former striker Christian Benteke got both goals in a 2-1 win for Crystal Palace. The two losses came 1369 days apart.

Liverpool’s run was the second-longest unbeaten run at home in English top-flight history. Only Chelsea‘s run of 86 league games unbeaten at Stamford Bridge, which ran to October 2008, was longer.

The result leaves Liverpool six points behind leaders United at the top of the table at the halfway stage of the season. City are four points ahead in second, but also have a game in hand.

Klopp raised eyebrows with his team selection at kick-off, with Sadio Mane the only member of his usual front three to start in attack. Divock Origi, Xherdan Shaqiri and Alex Oxlade-Chamberlain started, with captain Jordan Henderson missing through injury.

Since the start of last season, Liverpool have now played 12 games without Henderson in the league, losing four. They have lost only two of the 45 games in which he has played.

Origi had the best chance of the game for Liverpool. Put clean through on goal, he looked to pick out the top-right corner with a curling effort but saw his shot cannon back off the bar and away, with Mane free to his left for a simple finish.

Before Thursday’s encounter, Liverpool had lost only one of their previous 17 home games against Burnley in the league. That run included 11 wins and five draws, with the Clarets’ last league win at Anfield coming in September 1974.

Klopp will surely demand a response from his side with some huge fixtures coming up. Liverpool face Manchester United in the FA Cup fourth round on Sunday, before travelling to Tottenham in the league the following Thursday.

Games with West Ham and Brighton follow before a four-match run involving league games with Manchester City, Leicester and Merseyside rivals Everton, and the first leg of their Champions League last-16 tie away to RB Leipzig.