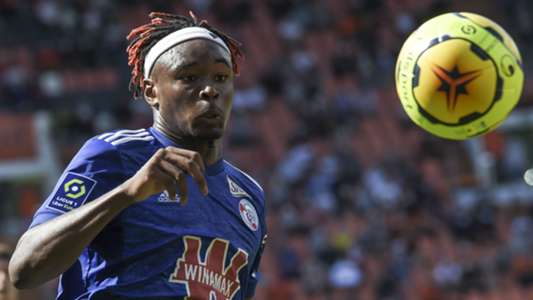 AC Milan are not resting on their healthy position in Serie A, with the Rossoneri making a move for Strasbourg defender Mohamed Simakan.

The full-back has been on the Rossoneri’s list of targets for some time, and Goal can confirm that Serie A leaders Milan have made their move – with a €15 million (£14m/£18m) bid being put to the club from Alsace.

If the deal comes to fruition, it will be the culmination of a chase that dates back to last summer when Milan attempted to persuade Strasbourg into a sale only to be knocked back.

It is clear why Milan made the move for Simakan, given club legend and current technical director Paolo Maldini spoke in glowing terms of the 20-year-old.

“You and the scouting department have to know what you want and they can tell you what had worked statistically in the last five years compared to the previous five years,” Maldini told DAZN. “Let’s talk about defence, for example.

“At this moment, especially for our way of playing but also the situation of football in general, I would go and get a strong defender in one-on-one. That’s why we tried to sign Mohamed Simakan from RC Strasbourg.

“The French league is not very tactical, as a result the defenders develop the ability to defend well one-on-one. Whether it’s Simakan or someone else, our idea is to sign this kind of player. Maybe tactically with things to learn, but with physical strength and good defensively one-on-one.”

While Milan have made their move, it is far from certain that the deal will come off as the bid could flush out rival clubs.

RB Leipzig hold an interest in the defender and may be tempted to up a price that would make Simakan the most expensive sale in Strasbourg history alongside Youssouf Fofana, who was sold to Monaco in 2019.