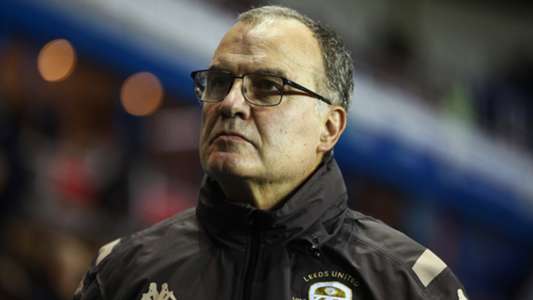 The Yorkshire club were on the end of a 6-2 humbling at Old Trafford, but their Argentine boss said he won’t be forced into changes

Leeds boss Marcelo Bielsa said he will not abandon his attacking style despite his side’s thrashing at Manchester United.

The Whites were on the wrong end of a 6-2 scoreline at Old Trafford in an incredible game that saw 43 shots on goal.

Bielsa’s side once again earned plaudits for their bold, attacking play, but Sunday’s result now means they have conceded 30 goals this season, more than any other Premier League side.

However, no team in the bottom half of the table has scored more than Leeds’ 24 goals, with Bielsa insistent that he will not alter the team’s tactics in response to the result in Manchester.

“In the first half we had similar chances to the ones they had but we weren’t able to score,” he told Sky Sports.

“[At half-time] we were losing by a big margin and I wanted to make the couple in midfield more competitive and make them recover the ball easier.

“We will not abandon the way we play.”

Leeds striker Patrick Bamford said the team’s performance was not good enough, but accepts that Bielsa’s high risk, high reward strategy will sometimes mean they are on the end of heavy defeats.

“We can’t play like that, but we don’t blame anyone or single anyone out,” Bamford told BBC Radio 5 Live.

“It’s a team game, and we as a team haven’t performed to the level we should have today.

“Everyone is frustrated and disappointed but we’ve got to stick together.

“I can imagine for the neutral that watching Leeds is great all the time.

“To be honest, today I’d have much preferred a boring 1-0 win, but it’s our style of play. Sometimes it works but if you’re one yard out of place you get picked off against the best players.

“If we play exactly the way [the manager] wants to, we’d win every game. But we’re human and we make errors and sometimes we’re not quite at it.”