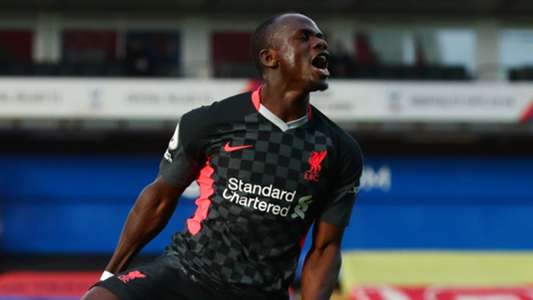 Sadio Mane paid tribute to Liverpool fan Lee Swan during the Reds’ 7-0 demolition of Crystal Palace as he copied yet another celebration.

The Reds opened up daylight between themselves and the chasing pack in the Premier League with a performance full-back Andy Robertson described as close to perfection.

Mane was a key performer at Selhurst Park, netting the second goal on 35 minutes. He was substituted with over half an hour remaining, and looked visibly upset with manager Jurgen Klopp’s decision to replace him, but as he left the field he fulfilled a promise to Swan.

On a video call last month with Food Bank volunteer Swan, Mane asked if the Liverpool fan had a celebration for him to copy

On the call, Mane said: “You know me, I like to copy celebrations. If you have any celebrations, show me now.” Swan was then seen showing Mane a celebration in which he kissed his finger before pointing to the sky.

Mane arranged for Swan, a volunteer at the Florence Institute – a community centre in the city – to take a tour of Anfield.

During the tour, Swan went on to the pitch at a floodlit Anfield and scored a goal, after which he performed his celebration.

“I’m proud to be part of Dear Liverpool FC and to be part of making a difference during these challenging times,” Mane told the club’s official website. “And it is an honour to help recognise the work that Lee, Timo (community centre leader) and the Florrie have been doing.

“Giving Lee the tour was a highlight of lockdown. He is a real character and it was a pleasure to help him realise his dream of scoring at Anfield.”

And when Mane left the field at Selhurst Park on Saturday, the Senegal international kissed his finger and pointed to the sky.

Mane and Liverpool will now look to kick on over the festive period.

They hold a five-point lead over Everton, with Tottenham a further point adrift, and take momentum into their games with West Brom and Newcastle before the year is out.

The Reds welcome in 2021 with a trip to Southampton, before a brief break from league action in order to face Aston Villa in the FA Cup.