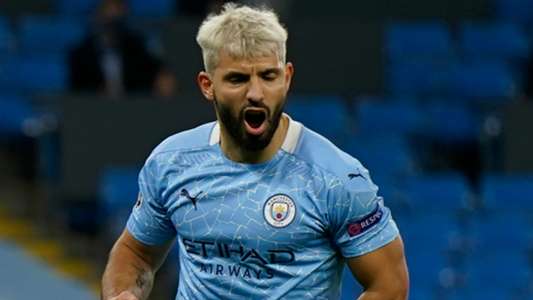 Manchester City talisman Sergio Aguero has asked for time to get back to his best as he revealed he is still struggling with a knee injury despite making a recent return to the first team.

The 32-year-old has only made three starts in six appearances across all competitions this season and it appears to be a week-to-week proposition with his fitness.

Aguero played 37 minutes combined in the matches against Marseille and West Brom but was missing from the squad against derby rivals Manchester United in between his two recent appearances.

The Argentina international spoke of the troubles he is having with his knee and said it would take time for him to get back to peak form.

“It’s difficult,’ Aguero told The Sun. “Sometimes my knee is good, sometimes a little bit bad. I’m doing everything to help the physio and medical staff to improve.

“I need a little bit of time but I came back in the week, and I hope to be at my best. Now I need time, but it’s a long season.”

Aguero’s sporadic appearances in the first team have coincided with an inconsistent period of form for Manchester City, who currently sit in ninth position in the Premier League, eight points behind leaders Liverpool but with a game in hand.

However, the striker believes City can still figure in the league title race and that a burst of good form will get the team back near the top of the table.

“I know it’s difficult because the results haven’t been good,” Aguero said.

“We always believe [we can challenge for the title]. In the Premier League, you win two games and then you’re near the top.

“We need to be calm, play the same way, because Man City always fights for the titles, always.”

Manchester City have a tough run of fixtures over the Christmas and New Year period with five games in 16 days, including four of them on the road.

Pep Guardiola’s side start with an away clash against high-flyers Southampton on Saturday before travelling to Arsenal for the Carabao Cup quarter-finals three days later.

City will then host Newcastle on Boxing Day before tough away fixtures against Everton and Chelsea sandwich the New Year changeover.