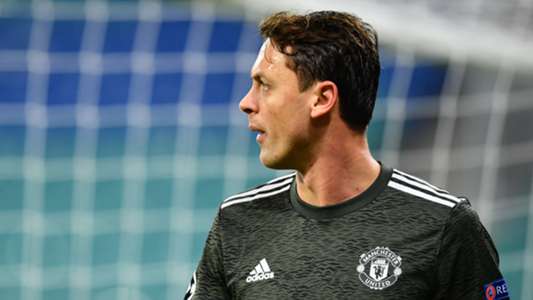 Manchester United are good enough to challenge for the Premier League title this season, according to veteran midfielder Nemanja Matic.

Ole Gunnar Solskjaer’s side moved up to sixth in the table with another comeback win on Thursday, bouncing back from an early setback to beat rock-bottom Sheffield United 3-2 at Bramall Lane.

Around a third of the way through the season, United are now six points behind leaders Liverpool with a game in hand.

Coming from behind has been a specialty of the Red Devils this season but Matic wasn’t concerned by the early Dean Henderson error which allowed David McGoldrick to give the Blades the lead.

“I don’t think we started slowly,” Matic told BBC Radio 5 Live. “We knew what to expect, that they would fight for their life. Unluckily we conceded a goal with a small mistake but we were capable of turning the game around and scoring three goals.

“It’s a very important three points for us, it takes us closer to the top teams. They don’t deserve to only have one point this season, but that’s football.

“If we continue this way…it’s going to be tight sometimes but we have to show our quality every single game. I believe we have the quality to fight for the title; if we are going to win, I don’t know.”

While Thursday night saw another three points head to Manchester, it also meant Sheffield United have now made the worst start to a top-flight season in the history of English football.

Solskjaer and his players are aiming considerably higher. Before the game, Matic’s fellow midfielder Fred outlined his ambition to see his side at the top of the table by the turn of the year.

United have tricky fixtures against Leeds United, Leicester City and Wolves to come before the end of December, as well as a Carabao Cup quarter-final away to Everton.

“If we can win all of them, we’ll be very close to the leaders at the top of the league or we could even take first place,” Fred told the club’s official website.

“So we’ll look to win every game and I’m certain our team will do everything to reach the top of the table and stay there.”

If United have confirmed their title aspirations by the end of that run, a potentially season-defining clash with champions Liverpool is just over the horizon – at Anfield, on January 17.