“For me, it is offside’ – Liverpool boss Klopp disagrees with VAR decision on Tottenham equaliser

“For me, it is offside’ – Liverpool boss Klopp disagrees with VAR decision on Tottenham equaliser 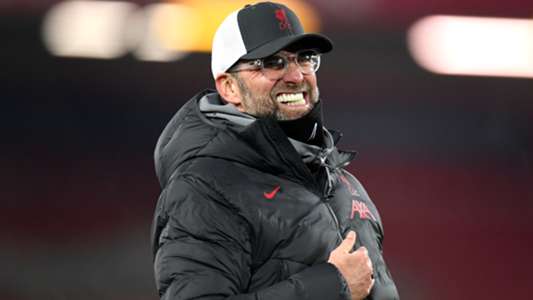 Son Heung-min’s Tottenham equaliser should not have stood despite a VAR review ruling it was a good goal, according to Liverpool coach Jurgen Klopp.

Despite controversy surrounding the Spurs goal which cancelled out Mohamed Salah’s opener, the Reds secured all three points with a 2-1 victory via a late Roberto Firmino header to move three points clear of their opponent at the top of the Premier League.

Son looked to be offside to the naked eye just before he received the ball and strode through to finish clinically past Liverpool goalkeeper Alisson.

However, a VAR check deemed the South Korean international was marginally onside to get Spurs back into the match only seven minutes after Salah had given Liverpool the lead at Anfield.

Despite the referees ruling the goal would stand, Klopp insisted that Son was offside and the goal should have been ruled out.

“There is nobody to blame, the best way to defend Tottenham is to keep the ball all the time.”

Liverpool dominated the 90 minutes with 76 per cent of the possession, and had 17 shots on goal to Tottenham’s eight.

Klopp was delighted to contain Spurs’ threat on the break by maintaining the ball and hailed Firmino’s match-winning contribution in the 90th minute, with the Brazilian often maligned for his lack of goals.

“A good game against a counterattacking monster, the possession we had we did incredibly well,” Klopp said.

“Yes they have scored a goal, had two chances, apart from that we controlled the game and it is a massively deserved three points and I am happy.

“I am so happy we scored that goal because it felt like 70% of the ball against a top side. Bobby, what a header, I am over the moon for him. What a game he played, those movements, he opens up all the other gaps.”

Liverpool will look to consolidate their lead at the top of the Premier League table with matches against Crystal Palace (away), West Brom (home) and Newcastle (away) over the Christmas-New Year period.