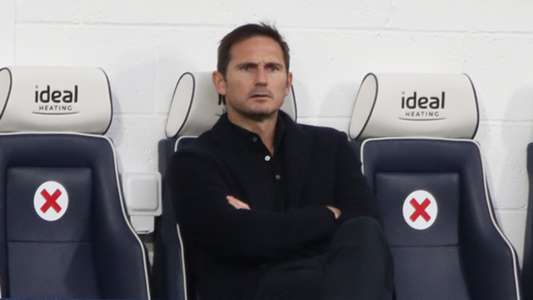 Frank Lampard says his Chelsea players must be careful not to take any risks with socialising during the holiday period as the United Kingdom remains under a partial lockdown due to the ongoing coronavirus pandemic.

Chelsea are planning for a busy December period in the Premier League with five games in 16 days as they sit just two points behind Tottenham and Liverpool in third place.

The Blues usually organise a Christmas meal, but they have gradually scaled back the traditional social events that clubs used to enjoy in another era of the sport.

Lampard admits that there will be even more responsibility placed on his players this year, with London coming under the UK Government’s ‘Tier 2’ Covid-19 restrictions.

“I will possibly have those conversations,” Lampard said about ensuring good behaviour from his players. “I’d better read up on the tier system – there are certain factual things about tiers that a lot of us have doubts about.

“I know the basics and the players should do by now and I will reiterate to them their responsibilities. I think the Christmas party thing of yesteryear has mellowed now anyway regardless.

“Players are so well followed now on social media now that some of the parties I might have been involved in are a thing of the past.

“On a serious note, I do think we have missed out a bit. We have new signings this year, a new fresh squad in a way. And we have missed the opportunity to go out to dinner together more often and it’s been one of the tough parts of Covid. But it’s the same for everybody.

“Responsibilities for players are big, as role models to the outside world, for their professional careers, to do the right thing, particularly when they are playing so frequently over Christmas. They have to live differently to the rest of the public potentially and focus. That’s a constant reminder but yes, I will have those conversations.”

The Premier League has dropped their winter break due to renewed pressures on the football calendar after it was successfully used in February last season.

The mid-season interval was brought in for the first time in 2020, with the top flight previously being the only major European league to play on throughout the winter period. However, Chelsea’s new signings like Timo Werner, Kai Havertz, Thiago Silva and Hakim Ziyech are all used to having a break in play.

“We’re constantly thinking about the workload because this season has looked like the Christmas schedule,” Lampard added. “We’ve been playing every three days and been away internationally, so there is nothing new in that respect.

“It will be a different challenge for them mentally but if you sign up to come to the Premier League, the greatest league in the world, and play for Chelsea, you have to be ready for that mental challenge. At the moment I see a squad that is very focused going into this period.”