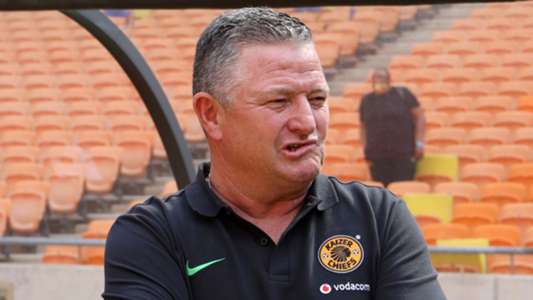 Kaizer Chiefs head coach Gavin Hunt was stunned by the defensive mistakes which were committed by his players in their clash with Black Leopards on Wednesday.

The Soweto giants had to dig deep as they fought to back to hold Lidoda Duvha to a 2-2 draw in a Premier Soccer League match which was played at FNB Stadium.

Karuru, who was making his debut for Lidoda Duvha, then doubled his side’s lead when he scored with a free header after the Amakhosi defence failed to track his run in the box.

“Mistakes, big mistakes from big players, so you don’t expect that, but it’s been happening since I’ve been here.

Hunt made two changes prior to the start of the second-half as he introduced strikers Lazarous Kambole and Bernard Parker, with Leopards having dominated the first half.

Parker, who grabbed an assist, changed the complexion of the match as Amakhosi started playing with aggression and they created goalscoring opportunities following his introduction.

“Disappointing. I thought there were a lot of opportunities in the second half. I mean, last play of the game, [Siphelele] Ntshangase, trying to flick it just had to play it simple and we would have scored,” Hunt added. “So yeah, disappointed, but we gave them a start.

“What we’ve been doing all season. Certainly an area of the team that we work on on a daily basis but basic things like that we can’t have.”

Chiefs are now winless in their last four league matches and they are placed 12th on the PSL standings – two points above the relegation play-off spot.

Amakhosi will be hoping to return to winning ways when they take on SuperSport United at Lucas Moripe Stadium on Tuesday, December 15.