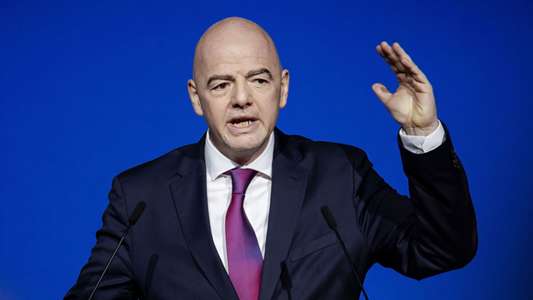 FIFA president Gianni Infantino has defended the use of the Video Assistant Referee sysem, saying the technology “is helping football, it’s certainly not damaging football.”

The game has changed in recent seasons with the widespread introduction of VAR, which has led to a number of controversial moments in stadiums across the world.

After another incident at the weekend saw his side concede a late penalty against Brighton, Liverpool defender James Milner hit out at VAR on social media.

“It’s ‘clear and obvious’ we need a serious discussion about VAR,” he wrote on Twitter. “[I’m] sure I’m not alone in feeling like they are falling out of love with the game in its current state.”

Earlier this week, Aston Villa star Jack Grealish complained that VAR is “ruining the game” after his side were denied a late equaliser against West Ham.

Infantino, though, believes that VAR is helping more than it is hurting the game, saying the system is still evolving.

“We have to remember VAR was introduced for the first time two years ago, not 20 years ago,” Infantino said on Friday after a meeting of the FIFA Council.

Infantino insisted that because VAR is a new phenomenon, there will naturally be mistakes in how it is implemented, which are distinct from problems with the system itself.

“We must not make a confusion between VAR and maybe sometimes wrong decisions which are taken because of the wrong way in which VAR is used, maybe in some places because of the lack of experience of those who are using VAR,” added Infantino.

“Let’s not forget this really is a landmark change for a referee who didn’t grow up with VAR.

“We have to take the pulse of what is happening out there, to take the criticism and analyse them.”

“VAR is not an obligation, it’s there to help,” Infantino continued. “Those who don’t want to use it, they are not obliged to use it.

“It helped referees in the World Cup, it helps referees in many competitions and players and coaches agree.”