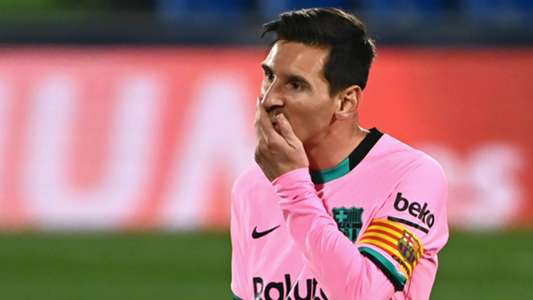 Lionel Messi has fired back at claims that he is responsible for Antoine Griezmann’s failure to acclimatise to life at Barcelona, with the Argentine stating that he is fed up of shouldering the blame for failures within the club.

The Blaugrana skipper’s response comes after both the France striker’s uncle and former agent criticised the veteran striker, citing him as the root of all problems at Camp Nou.

Messi and Barcelona have endured a tempestuous relationship over the past year, ignited by the club’s decline in matters both on and off the field. The Blaugrana finished the 2019-20 campaign empty-handed in search of silverware, ending with a humiliating 8-2 loss to Bayern in the Champions League quarter-final.

A protracted battle over the forward’s future saw him unable to secure a release from his contract, leaving him tied to the club for at least one more season, while president Josep Maria Bartomeu and the board of directors resigned in late October following further dissatisfaction from supporters.

Manager Ronald Koeman has meanwhile failed to restore Barca’s fortunes across the start of the new campaign, with the side lodged in 11th in La Liga, nine points off the pace of leaders Real Sociedad.

Close to the centre of renewed scrutiny however is former Atletico Madrid man and France star Griezmann, who swapped the Spanish capital for the Catalan outfit in pursuit of greater glories, only to underwhelm so far.

The attacker has been defended by both his uncle Emmanuel Lopes and former agent Eric Olhats in recent days, with the duo launching blistering attacks on Messi as the cause of his teammate’s struggles.

“[Griezmann] was convinced that he wasn’t going to be successful within the first six months, but what I didn’t expect was that it would last an entire year,” Lopes told El Chiringuito. “Besides, with Messi, I know what’s going on inside [the club] – it’s not easy.

“Basically, [Messi] doesn’t work hard enough at Barca and the training sessions are structured in order to please certain people, which is fine if you don’t want to work [as hard].”

The Albiceleste captain, upon returning from the international break, delivered a curt response to pressing reporters upon his arrival at El Prat Airport, with Goal confirming that the 33-year-old also had an encounter with a tax inspector seeking documentation beforehand that further irritated the weary star.

“I’m tired of always being everyone’s problem at the club,” Messi stated to a crush of reporters. “I get here after a 15-hour flight and I find a tax agent here, it’s ridiculous.”

Messi will be expected to feature in Barca’s next match following the international break, with high-flying Atleti providing a chance for Griezmann to reunite with his former side on Saturday.