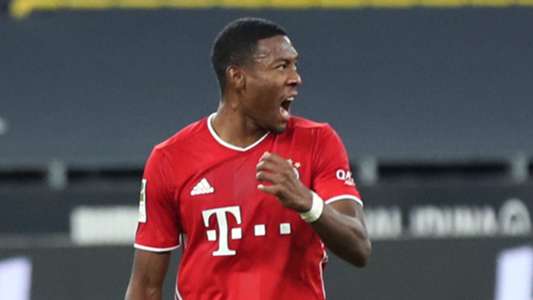 The Austria international is seeing questions asked of his future, but he continues to help his current employers dominate in Germany

David Alaba has made Bundesliga history in Bayern Munich’s victory over Borussia Dortmund in Der Klassiker, with the Austrian reaching 200 wins quicker than any other player.

The versatile Austrian has required just 272 appearances to reach the double century.

He has helped Bayern to dominate the domestic scene in Germany throughout his time as a first-team star at the Allianz Arena.

Alaba already has nine title triumphs to his name, while he also helped Hansi Flicks’ side to Champions League glory as part of another historic treble in 2019-20.

Bayern have picked up where they left off this term, with arch-rivals Dortmund edged out in their latest outing.

Alaba grabbed their first goal of the game in that contest, as an immediate response was offered to falling behind.

Marco Reus had Dortmund in front on the stroke of half-time, but Bayern were able to respond before the break.

Alaba helped to get Bayern over the line, as they pulled two points clear at the top of the table, and now has his own entry in the record books.

200 – @David_Alaba celebrated his 200th win in the Bundesliga in his 272nd match, needing fewer games to reach that milestone than any other player previously. Record. @FCBayernEN pic.twitter.com/Qhba3Y6Ffb

While Bayern are delighted to have Alaba aiding their cause in 2020-21, it remains to be seen how long he will be sticking around.

Contract talks have broken down and the 28-year-old is due to become a free agent next summer.

Those in Munich are not impressed at seeing their latest offer shunned, with lucrative terms put on the table, but they are refusing to throw in the towel.

Club chairman Karl-Heinz Rummenigge told Sky Deutschland ahead of a meeting with Dortmund when asked for an update on Alaba’s future: “I think we all think the same thing here at the club: We all want David to stay. He’s a wonderful person and a top player.

“At some point we have to start planning for the new season. We have to know: Will David stay with FC Bayern or not? A decision is important to us at this point.”